After two years of disruption due to the sanitary crises, this Easter weekend launched the new season, that everyone in Amboise hopes to be rich and enthusiastic! Three years after the extraordinary events of the Leonardo da Vinci celebrations, Amboise will again be the center of all attentions in 2022. Special events, new night show, exhibition of a genuine Da Vinci painting…here is a list of events that should definitely not be missed this year in Amboise!

Let us begin with the great maestro himself, Leonardo da Vinci. Just a year after the grand opening of the new galleries, “Leonardo, a painter and architect”, whose innovation led the prestigious Time Magazine to award the Clos Luce a place in the “100 Top Places to visit in the world”, Leonardo’s last home is about to welcome one of his greatest masterpieces. The unfinished painting of Saint Jerome is one the rare works by Leonardo whose authenticity can not be argued. His fingerprints were indeed discovered of the canva, on exceptional loan by the Vatican Museums. The extreme austerity and suffering that seem to come from the holy man will undoubtedly move the many visitors.
Exhibition « Saint Jerome » at the Clos Lucé – June 10th to September 22nd 2022

Amongst the many events that will take place for 10th anniversary of the Domaine royal de Château Gaillard rediscovery, the opening of the second floor to visitors will be a climax. Early in April, an extraordinary finial was already laid upon one of the castle’s tower. Later this autumn, two new rooms will be opened to the public including Dom Pacello’s personal cabinet. But the peak of the tour will surely be the wedding bedroom of King Francis II and Queen Mary Stuart. Between celebrations and conspirations, the castle’s walls still have a lot to tell!

A new night show at the Royal Castle of Amboise

An unmissable event of the Amboise nights for over forty years, the night show is back in 2022 at the royal castle. A rewritten story, led by a generation of enthousiasts willing to make you travel through 2000 years of history. It will be an ambulatory show, where the visitor will walk from one scene to another meeting the greatest figures and events of the castle’s life. A great historic epic that you should not miss!
Light show« Amboise, royal destinies » every Wednesday and Saturday nights, from July 13th to August 31st 2022, from 9.00 pm (4 slots of 1h15 per night). Reservation mandatory with His’Loire (contact to come). 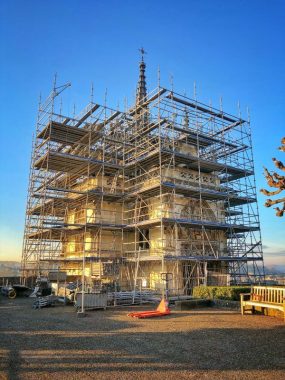 An epic worksite at the Royal Castle of Amboise

A jewel of gothic architecture embellished in the 19th century, the Saint-Hubert chapel at the royal castle is being renovated. A massive construction period for this iconic monument of the Amboise landscape, that hosts the tomb of no other than Leonardo da Vinci himself. For about two years, dozens of workers and craftsmen will intervene on the structure to give it its former glory back. A forced closing period, but a great opportunity to behold the work of these artists on the stone, the wood, the windows. Thanks to the Histopad, free for each visitor, the virtual tour of the chapel remains possible, as close to the details as one may be.

Amboise is honoring the gardens!

The city of Amboise hopes to see you on May 21st and 22nd for the launching of the Year of Gardens. With great celebrations! Saturday from 3.00 pm, a great parade of flowered floats will go across town from the market square to the Île d’Or. There, in the middle of river Loire, a competition of ephemeral gardens will take place. The jury, led by Jean-Louis Sureau, former curator of the royal castle, will announce the winners in the evening. On Sunday, an informal picnic will gather locals and visitors and several concerts and events will be held.
Ephemeral gardens and flower parade: In May, Saturday 21st and Sunday 22nd 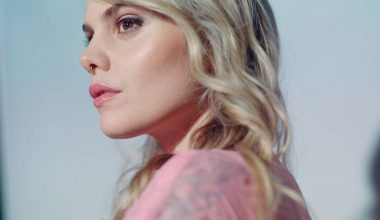 The young Canadian singer has been in our radios for nearly fifteen years now, revealed in 2009 by her hit “Comme des enfants”. Between her pop culture and more intimist words, this multi-skilled artist will perform in Amboise on Thursday, July 28th, 9.00 pm on the Île d’Or, on the riverbanks and facing the illuminated castle. A great show that will please both the ultimate fans and the one-day spectators, willing to live an outstanding experience!
Concert Cœur de Pirate – Thursday, July 28th, 9.00 pm – Île d’Or (25€)
Bookings https: //amboisesaisonculturelle.festik.net 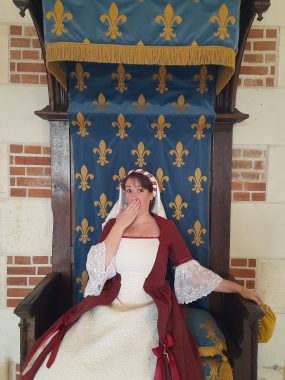 And what about the Tourist Office?

Well we’re following the pace, with many new activities in 2022! An ephemeral outdoor Office as a start, since another Office will welcome visitors from May 21st on Place Michel Debré. The opportunity to be as close to our visitors as one can be.

A very rich programme of events also, with brand new guided tours (in French), at the Musée Morin, in the old town but also at Domaine Royal de Château Gaillard, with a focus of the Amboise conjuration. Not forgetting Samara’s workshops, a young and skilled artist, who will take children every Wednesday in the summer for an artistic initiation. Treasure hunts, rallyes, wine tours… We could go on and on… But the best for you is to follow the news on our What’s up page!

Give your opinion Cancel reply